We’ve been celebrating love in all shapes and forms during the last month or so, and have really enjoyed hearing all the stories from our customers, our friends and family. This next one is so charming, we were utterly taken with this romantic tale with a twist! Jane was kind enough to share her story with us.

Jane says “It makes me smile when I think about how we met. Tom and I were both visiting friends in Cheltenham when we drunkenly met in a night club, I wouldn’t exactly say it was love at first sight but we did exchange numbers.

Tom then unexpectedly sent me a text the following day and that was the start of our adventure together. We have spoken every day since that chance meeting which will be 12 years ago next month.

Tom worked on superyachts as a marine engineer, so after six months or so of long distance I decided to jump in with two feet and follow him into the industry. For the decade that followed we worked and lived in each other’s pockets. As best friends we did everything together, supporting each other with the pressures of the job and embracing every opportunity that came our way as we traveled the world onboard the yacht we worked on.

We had the best time. However, after ten years, I was starting to long for normality. I wanted to settle down, I wanted my own space, to live by my own rules. I missed simple things like a sofa and having my own front door. It was a couple of years ago now that we decided I would leave yachting and move ashore whilst Tom would continue working onboard but in a rotational position. He is contracted to do ten weeks on and then ten weeks off. To put it simply I see him for half the year.

Last summer we welcomed our daughter Clementine to the world, I didn’t think it was possible but she makes us stronger and more of a team than we have ever been.

After years of working at sea the most mundane tasks become exciting. We do everything together, whether it be the weekly shop or washing the car – it’s not a chore, but a reminder that we have our own little sanctuary where we can close the door and be a family.

There is no denying it is difficult for those ten weeks when we are apart, and these days for those ten weeks I am Mummy and Daddy. But even when Tom is not there to take over after a sleepless night or even just make me a cup of tea, the emotional support is faultless and as always we talk…we talk every day.

Since Clemmie was born Tom has been away for a lot of the time and it has been just the two of us. Clemmie and I are besties, we are inseparable and strong, taking on life’s adventures together. We do what we want, when we want and have the most wonderful time doing it (shared with Tom via about 20 pictures a day)!

We count down the sleeps to be back together. The first week and the last week are always the longest.

Going to the airport to pick up Tom is something that I cherish, I know as soon as I see him that everything is instantly easier.

Although that said, no matter how hard I try I rarely seem to make it to the arrivals hall in time to greet him. I’m so bad at it that it has become a bit of joke between us and now with a baby in tow there is no chance!”

Keep an eye on our Instagram for love stories with a twist from some of our friends & family and have a peek here at some of our new Valentine’s goodies. More coming soon! 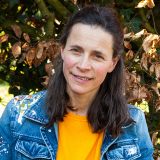 Hi! I am Nessie, a mother of four first and foremost and an artist a close second. I am best known as the creator of the Original Welly Boot print but I started out as a fashion designer. Thank you for stopping by to read our blog. Stay in touch!
Nessie x 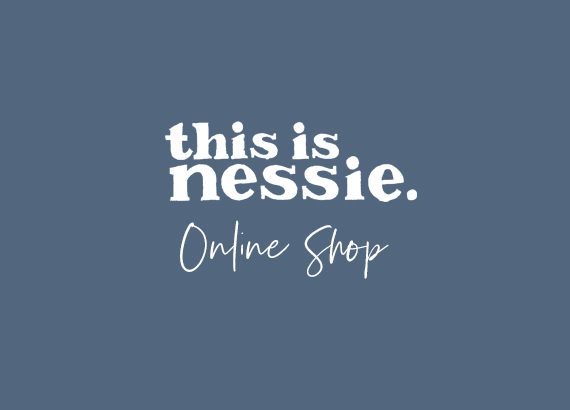